“The industry is working closely with the police, the OJK, the central bank, the Ministry of Communication and Information…to launch multiple initiatives such as www.cekfintech.id (for users to check licensed players),

www.cekrekening.id (for users to check the validity of bank accounts)…” REYNOLD IRSIAN WIJAYA, CEO OF MODALKU Though the crackdown continues in Indonesia, new illegal platforms keep mushrooming. So the government controls what it readily can—the legal P2P players.

In 2016, the OJK issued a regulation for the P2P industry which requires players to be registered in order to run their business in the country. If approved, a platform is given a maximum of one year to run its operations before it is obliged to apply for a licence; the requirements of which are more stringent than what is demanded of registered players. If they fail to meet the requirements, they get kicked out. It’s a process of natural selection.

WHY P2P PLATFORMS WILL ALWAYS SURVIVE

Players need to have their fundamentals—steady source of funds, disciplined borrowers, product-market fit—in place within a year of being registered. Those with low volume, high-NPL rates could be in trouble. The OJK also limited the number of registered players via the 2020 moratorium. By the time Jokowi ordered a moratorium on the issuance of licences last month, there were already about 35% less players in the legal P2P space compared to 2020. 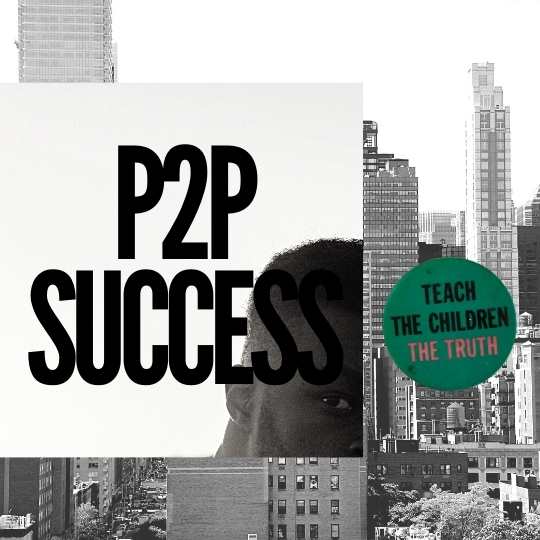 Throughout, the OJK has been working on improving oversight and infrastructure development, OJK spokesperson Sekar Putih Djarot claims. “The online lending platforms registered and licensed on the OJK will continue to improve its governance, pushed to provide cheaper interest rates, better services, and ethical collection practices,” she told The Ken. When asked how the moratorium that Jokowi had recently ordered was different from the one already imposed, Djarot did not reply.

It’s Not Easy to Succeed

Considering the pace of growth of the industry in recent years, CEO and co-founder of P2P platform Akseleran, Ivan Nikolas Tambunan, thinks that putting a lid on new players is a good thing as it makes the entire industry stronger. There is already a good amount of consumer choice among the existing players, along with a healthy amount of competition, said Ioann Fainsilber, CEO and co-founder of Pintek, a P2P player that focuses on serving the education segment.

But not everyone is happy. “On one hand, you have an explosion in illegal lenders, and it would make sense that we need more licensed players, more players that we can monitor. But instead, [OJK] just say, ‘no more’. It actually opens the market for illegal players more easily,” said a fintech executive who requested anonymity as they don’t want to be seen commenting on the authority.

The Growth Path for OJK

And that’s not the only policy that is feeding in the illegal fintech market. Lower interest rates = better access? In P2P lending, the cap on interest rates is set by AFPI, not the OJK. Which is how it can slash the interest rate to 0.4%. The press release on AFPI’s policy change was dated 22 October.

In a separate document obtained by The Ken, the official order from the association to its members was signed 27 October. The regulation itself would effectively be implemented on 5 November. That’s seven working days to comply with the new rule. If they fail to comply, the association will temporarily suspend the company’s membership to AFPI for 90 days, among other measures, as written on the document.

A decline in disbursements The amount of loan disbursement between platforms can fall by 20%, 50%, or even up to 100%, said Wisely Wijaya, co-founder, and CEO of Kredit Pintar. The association is still in the process of compiling reports on how the policy affects its members. Akseleran’s Tambunan explained that the cut in interest rate will mostly be felt by the consumptive loan players—those offering credit facilities for a borrower’s personal purchases, typically with shorter loan tenure.