“The cutting down of interest does not have any impact on us,” said Reynold Irisan Wijaya, CEO of Modalku, an MSME-focused P2P player. That’s because productive loan players like Akseleran and Modalku are already offering rates well below that cap. Akseleran’s interest rate, for one, hovers at 18% per year, with Modalku’s at 36%. For consumptive loan players, this could go up to 24% per month.

“They’ve added another burden on the players, which is limiting their ability to price for the risk that they face. That’s what interest rate is: pricing for risk…it works against financial inclusion [and] actually crowds out people,” said the anonymous fintech executive, adding that the “onerous” interest rate cap is in conflict with OJK’s core mandate of increasing financial inclusion.

“It’s difficult to adjust. Like it or not we have to stop serving certain segments, particularly those with higher risk profiles,” Wijaya of Kredit Pintar said; the company is a consumptive loan player and is part of Singapore-based fintech Advance Intelligence Group. Kredit Pintar is also working on getting a cheaper source of funds from its lenders, which include institutional lenders like Bank Hana and rural banks. 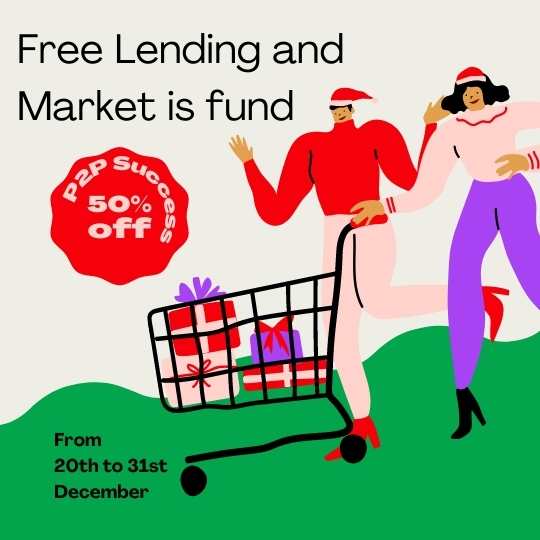 “It’s a very tough negotiation and is still in process,” he added. Its bargaining power lies in the volume it has built up—Kredit Pintar is among the top five platforms in the consumptive loan segment. It is unlikely that its lender partners would want to lose out on such a volume. Still, it doesn’t seem that the consumptive loan players will be out of the woods anytime soon. There are statements being made that the government will push interest rates even lower.

“The legal platforms will be gasping for air,” said Tumbur Pardede, a P2P lending industry observer and an ex-fintech player in both the consumptive and productive segment. To some extent, the fallout is already in motion. UangTeman—a pioneering cash loan player in Indonesia since 2014, and among the first dozen to secure licences from the OJK—has reportedly been struggling since the pandemic. The new interest rate cap will further weigh down its business.

Digital Lending is a new business

“This will stop the disbursement from the legal players. If that’s the case, where will people turn to? They will switch to the illegal platforms,” Pardede added, explaining that the demand for quick loans from the underserved segment will still be there. The Google-Temasek-Bain & Company joint e-Conomy report projects that digital lending outstanding balance in Southeast Asia will grow to worth US$116 billion by 2025, up from US$39 billion in 2021.

About 80% of which will be driven by consumer loans. Standards vs diversity “For several platforms, especially those in micro or consumptive financing, this business is no longer that attractive,” said Ethis’ CEO, Wijaya. Being a licensed player also eats into a platform’s margin. It’ll need to integrate with various stakeholders to run its business, including digital signature services. To run the math: to onboard an account, it costs the platform IDR 14,000 (US$0.98) per account; for every signature, another IDR 3,500 (US$0.24)—at least six documents need to be signed—and more admin expenses.